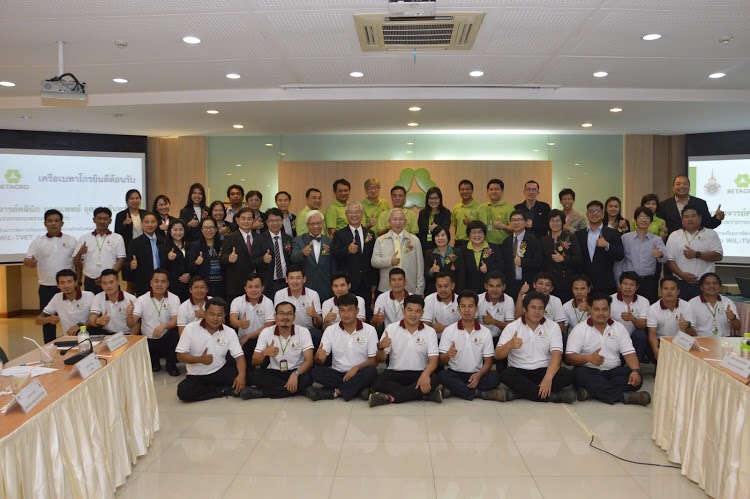 Assoc. Prof. Seensiri Sa-Ngajid, who acting RMUTL President said “Being the university that focus on the production of graduate practitioners or being the higher education for the profession. Therefore, it was considered to be an important mission to help students who have graduated in vocational curriculum have the opportunity to study in higher education. To increase the essential skills for working in higher level. The new graduates and competent human resources production project to respond to manufacturing sector following Thai higher education reform policy was occurred by cooperation with Betagro Public Company Limited to arrange Betagro WiL TVET Academy. The objectives were to increase the competency of knowledges, abilities, and skills of employees in the production line, and to prepare for the staff to have an advance in the higher positions. It has been proceeded for 1 academic year. It is different from other projects that the learners are students. They will get the skills for work, analytical thinking in the work. When they graduated, the establishment will get the quality personnel for the higher positions and the advance of career.”