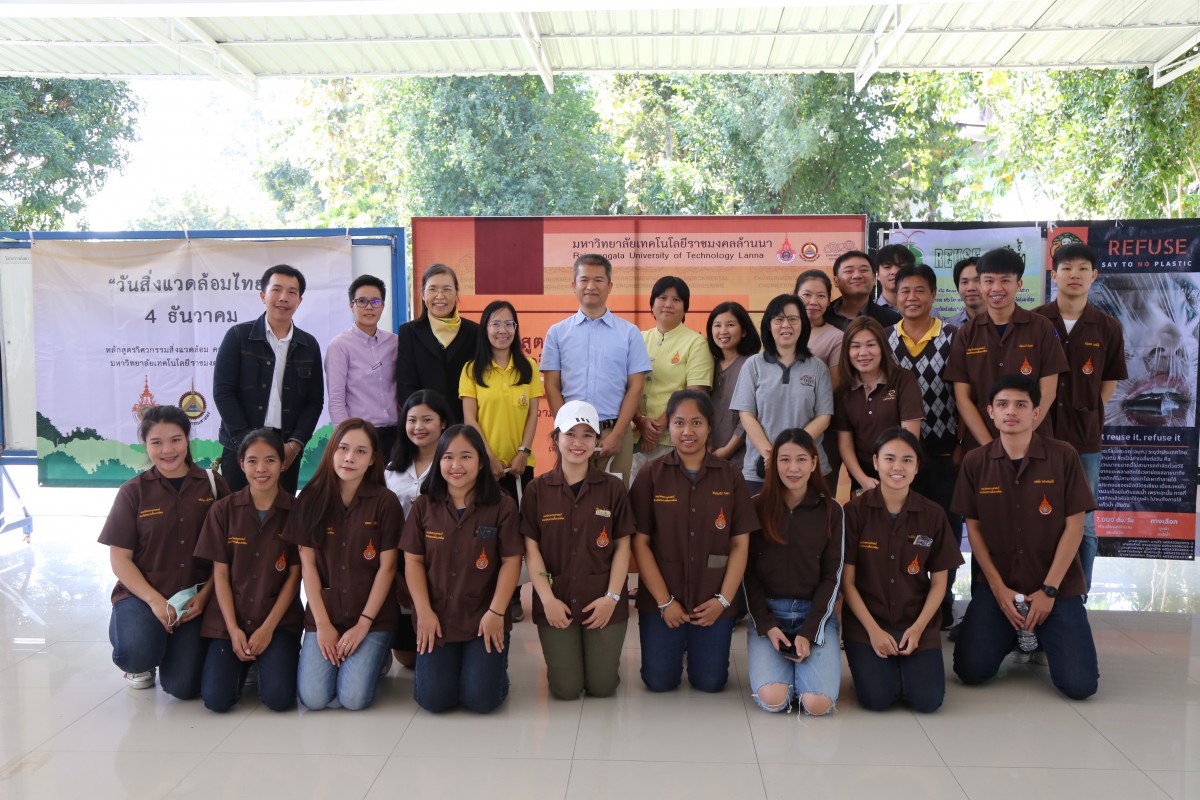 4 December 2019, Civil and Environmental Engineering, Faculty of Engineers organize Thai Environment Day activity to remember the royal grace of His Majesty the King Bhumibol Adulyadej (King Rama IX) the Great His Majesty the King that demonstrating concern for the environmental problems of Thai. Assoc.Prof.Dr.Uthen Khumnan, Vice-Dean, Faculty of Engineering,RMUTL was leader of the opening speech at the cafeteria, RMUTL. Which is an environmental education activity that answer question to win the prizes. On 12 November 1991, in the Cabinet meeting (Cabinet) stipulate December 4 of every year to be "Thai Environment Day" created in memory of His Majesty King Bhumibol Adulyadej (King Rama IX) the great with royal speech on the environmental situation in Thailand and the global environment. When Royal speech given to the audience of well-wishers on the occasion of the royal birthday anniversary at the Dusidalai Hall, Chitralada Rahoton Royal Residence On 4 December 1989, to alert Thai people to the importance of the growing environmental problems both in Thailand and around the world.